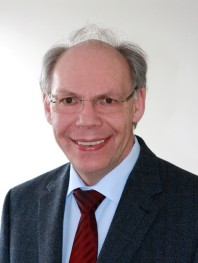 Dr Andreas Barth received his degree in Theoretical Chemistry from Bonn University, Germany, in 1978 and continued his research in the field of Theoretical Physics in many-body theory of molecular systems at the Universities of Freiburg and Heidelberg, Germany. In 1984, he joined FIZ Karlsruhe as a scientific programmer. In 1987 he became Project Leader for Software Development and afterwards held several senior positions in R&D. In 2001 he took on as Director Online Service, with responsibility for the business, including all IT Services. From 2005 to 2011 he was Vice President and a member of the senior management team of FIZ Karlsruhe with responsibility for IT, HR and Finances. Between 2011 and 2017 he was responsible for Business Development. Andreas Barth has published several papers in the areas of chemical information (Beilstein database, chemical information systems, numeric databases), information science (Digital Library; information retrieval; database management) and physics (quantum mechanics; many-body theory). He worked for several years as a scientific adviser for Georg Thieme Verlag. For many years he has been engaged in the German-Japanese cooperation on chemical information and organized several workshops. In December 2003 he joined the Board of Chemical Structures Association (CSA) trustees and between 2005 and 2017 he was chairman of the CSA Trust.